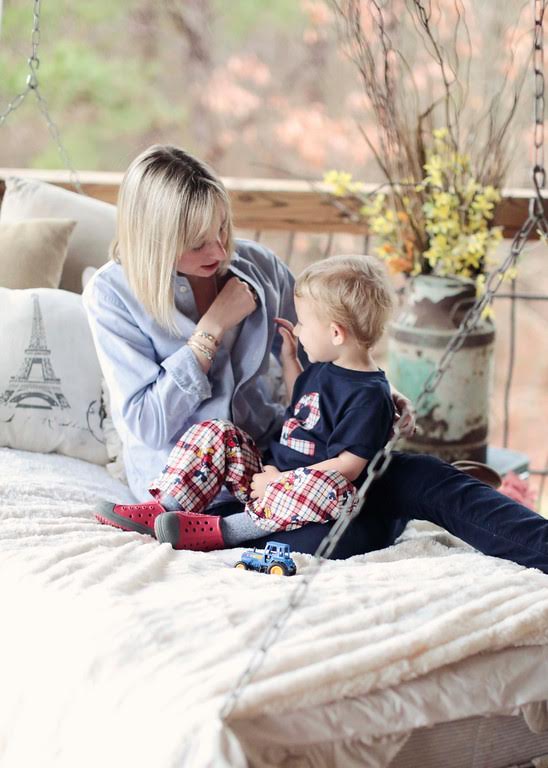 I often hear of the struggles mothers face when trying to nurse a baby in those first few weeks. For me, that has not been the case. Although both of my sons nursed differently, neither had difficulty nursing.

My experience is the opposite. My struggle comes at the end of the nursing relationship rather than the beginning.

Imagine yourself in your child’s place. Your milk is what your child has known since the first day he or she came earthside. Your milk tastes good, but it also comforts and provides warmth and the feeling of safety. Imagine how difficult it might be to let something like this go. Imagine how much harder it would be if you were not emotionally, physically, and developmentally ready to let that something go.

Up to this point, your child has a positive perception of nursing. This perception can remain by weaning gently.

Just as gentle weaning is important to the development of our children, it is also important for the mother. At some point, every nursing mother will experience a nursing aversion, being “touched out,” pain (from ovulation, latch, or pregnancy), exhaustion from night nursing, and so on. It is important to remember that these feelings are temporary in the grand scheme of things.

For me, I wanted to start the weaning process when my son was about 18 months old, because I wanted to try to conceive another baby. Nursing proved to be an excellent birth control for me, and I thought that reducing some nursing sessions might help my cycle return. When my son and I started our weaning journey, I talked to experienced friends and researched weaning. The following are some ideas that helped me:

In order to be gentle, these ideas need to develop slowly, and the mother needs to be willing to judge each situation individually. For example, even though we only nursed in private, if my son got hurt, I would still nurse in public if he asked. Nothing has to be set in stone.

Nursing a child is a positive experience for both the mother and child, and it can remain that way through weaning by using a gentle process.